In this post, you will see some important Core Java/Java 8 concepts related to Collections, Exception Handling, Multi-threading, Concurrency etc. 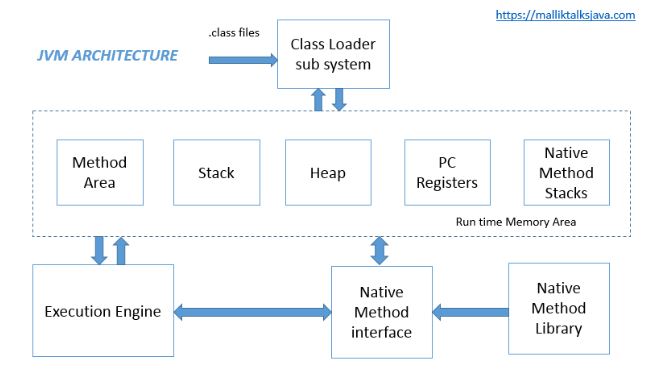 Difference between ClassNotFoundException and NoClassDefFoundError

equals() and hashCode() are methods present in Object class and hashCode method should not be used to check if two object references are same. Reason: hashCode just returns int value for an Object, even two different objects can have same hashCode integer. The value returned by hashCode() is the object’s hash code, which is the object’s memory address in hexadecimal. equals() checks if the two object references are same. If two objects are equal then their hashCode must be the same, but the reverse is not true.

These are measures of time complexity of running a piece of code.

O(1) – if execution time is constant, it requires the same amount of time regardless of the size. Example:  array – accessing any element int i = a[0];

O(n) – if execution time is directly proportional to the size.  Example: Linear search for an element has a time complexity of O(n).

O(log n) – if execution time is proportional to the logarithm of the input size. Example: Performing Binary Search on array of elements

Changes to HashMap in Java8

Difference between map() and flatmap() in Java8

Lets suppose we are applying map and flatmap on stream of streams. Example given below

With flat map: For input Stream of two lists {‘a’,’b’} and {‘c’,’d’}, output will be {{a,b,c,d}} .Here two lists are flattened and only the values are placed in list, so the output will be list containing only elements

What are Functional interfaces how we can define them?

From Java8, we can use @FunctionalInterface to define a functional interface. Although this annotation is optional, once it is used then declaring more than one abstract method will throw compile time error.

There are specific rules while we implement method overloading and overriding in Java with regards to increasing/decreasing visibility of methods of parent class in child class and throwing Checked Exceptions in child class. Complete rules are posted in this below link

volatile keyword is used on variables to solve the visibility problem in multi-threaded environment.  AtomicInteger is used if we perform compound operations(incrementing(i++) decrementing(i–)) on variables.

volatile is used on boolean flags, AtomicInteger is used for counters.

yield() method pauses the currently executing thread temporarily for giving a chance to the remaining waiting threads of the same priority to execute. If there is no waiting thread or all the waiting threads have a lower priority then the same thread will continue its execution. The yielded thread when it will get the chance for execution is decided by the thread scheduler whose behavior is vendor dependent.

Differences between Runnable and Callable

What is Semaphore in concurrency?

Semaphore is used to restrict the entry to a service to a fixed number of threads at a given time. This is generally used on slow services to make it available for fixed number of requests.

In run() method of a thread, we can use semaphore.acquire() before accessing the slow service and semaphore.release() after to ensure fixed number (defined as no_of_permits) of threads are eligible to access it.

Difference between CyclicBarrier and CountDownLatch?

Both CyclicBarrier and CountDownLatch are used in Multi threading scenario where one Thread waits for one or more Thread to complete their job before it continues processing but main difference between two is that, you can not reuse same CountDownLatch instance once count reaches to zero and latch is open, on the other hand, CyclicBarrier can be reused by resetting Barrier, Once barrier is broken.

This is Mallikarjun Gunda, I am working as a software professional. Blogging is my Passion. This blog contains the posts on Java related technologies and programming languages. I am happy to share my knowledge through the blogs.

I am a Software Developer having over 9+ years of experience in IT with a strong background in Java/J2EE.
LinkedIn:
https://www.linkedin.com/in/venkatasainedunooru/